FROM PENS TO GRAINS 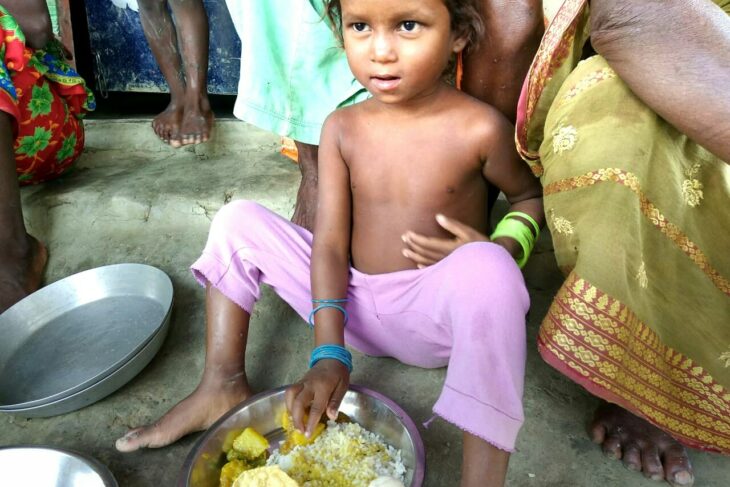 FROM PENS TO GRAINS

SOUL works with its motto “Serve To Grow, Grow To Serve.” Our service to mankind, ideally, should not be restricted to one field. But call it a reality, a plan of work, or simply the priorities to focus the funds on, we chose to work on education. The great men from whom we draw our inspiration – Ramakrishna Paramahansa and Swami Vivekananda have spoken and written extensively on the importance of education and awareness in a person’s life. Swami Vivekananda believed education is the manifestation of perfection that already in men (and women). SOUL’S initiatives, since its very inception, have been to focus on providing quality education to children in the Sundarbans. Through the Vidyashram Project, we tried to impart not just bookish knowledge but morals, ideals, the spirit to think beyond, to question, to learn, to solve problems, and lead an awakened and fulfilled life.

One who has read the works and speeches of Swami Vivekananda would know that he explained the conflict and disagreement between faiths through the frog in a well analogy. If one interprets this differently, one will realize that it is the lack of exposure that prevents us from educating ourselves and knowing about others and the world outside. Learning from his warning to not remain like a frog consumed in the thought of the greatness of his own well, we wanted to bring the underprivileged children to the rest of the world and a glimpse of the world to them. Though it was always difficult to bring people to work in remote areas but as they say- ‘Where there’s a will, there’s always a way.’ So, we use technology to start our Prayas initiative. Children could now learn in their virtual classes from wonderful teachers in the city. People took drawing and dance classes in the TV centres of Kolkata and we broadcasted that in Sundarbans where children received knowledge, exposure, and good training.From this focussed effort at improving people’s lives through the weapon of education, in the last few months, we have been tirelessly working towards feeding as many people as we could in the South 24 Parganas. How and why did we move from pens to grains? For the entire world, this year has been a period of unprecedented events and changes. As the world and our nation battles with COVID-19, these vulnerable regions and communities had to bear the brunt of most catastrophes. The lockdown caused them immense difficulty in their lives as these groups lived off whatever meagre they earned through these life-long ventures. Yet, one thing they had in abundance was the perseverance to survive through tough times. But when the first super cyclone in the Bay of Bengal (since 1999) reached this area, they were devastated. This cyclonic storm, Amphan, was the strongest tropical cyclone to have ever hit the Ganges Delta and unfortunately made the lives of people miserable and brought them down to their knees. People lost their homes, livelihoods, domestic animals, and the resources to feed themselves. Amidst this dual crisis, there were thousands who were unable to afford two square meals for their families. This is when we realized that we needed to take prompt action and support these people in all ways possible.

We must realize that Food is the most basic necessity in a person’s life. Hunger does not allow us to work or to think properly. Education cannot be imparted to empty stomachs. There is no point in gifting books to a starving child. Thus, Team SOUL started providing cooked meals, ration kits and bottled water wherever there was a need. With generous support from groups and individuals, we decided to distribute meals to 1,00,000 people in this month of July. To conclude, one must recall one incident from Swamiji’s life. One day the editor of a newspaper, Sakharam Ganesh came to meet Swamiji with some friends to discuss about religion. Swamiji started discussing various topics like nationalism and other issues faced by India. When the guests about to leave, one of them said, Swamiji, “we came to you with the hope of discussing religion with you but unfortunately we only discussed general topics.”

Swamiji became serious and replied. “Dear, as long as even a single dog in my country is hungry, my religion will be to give him food. Doing anything else would be irreligious”.

If one believes in any religion, Swami Ji’s words shall inspire them to serve the hungry. For those who do not believe in religion, we hope that their reason and rationality will show them a way to recognize their privilege and make them work towards a more just and egalitarian society, where no one goes to bed hunger or ignorance.

A warrior come back from the brink of death

Blanket distribution for the underserved people

Lets make the world
better together